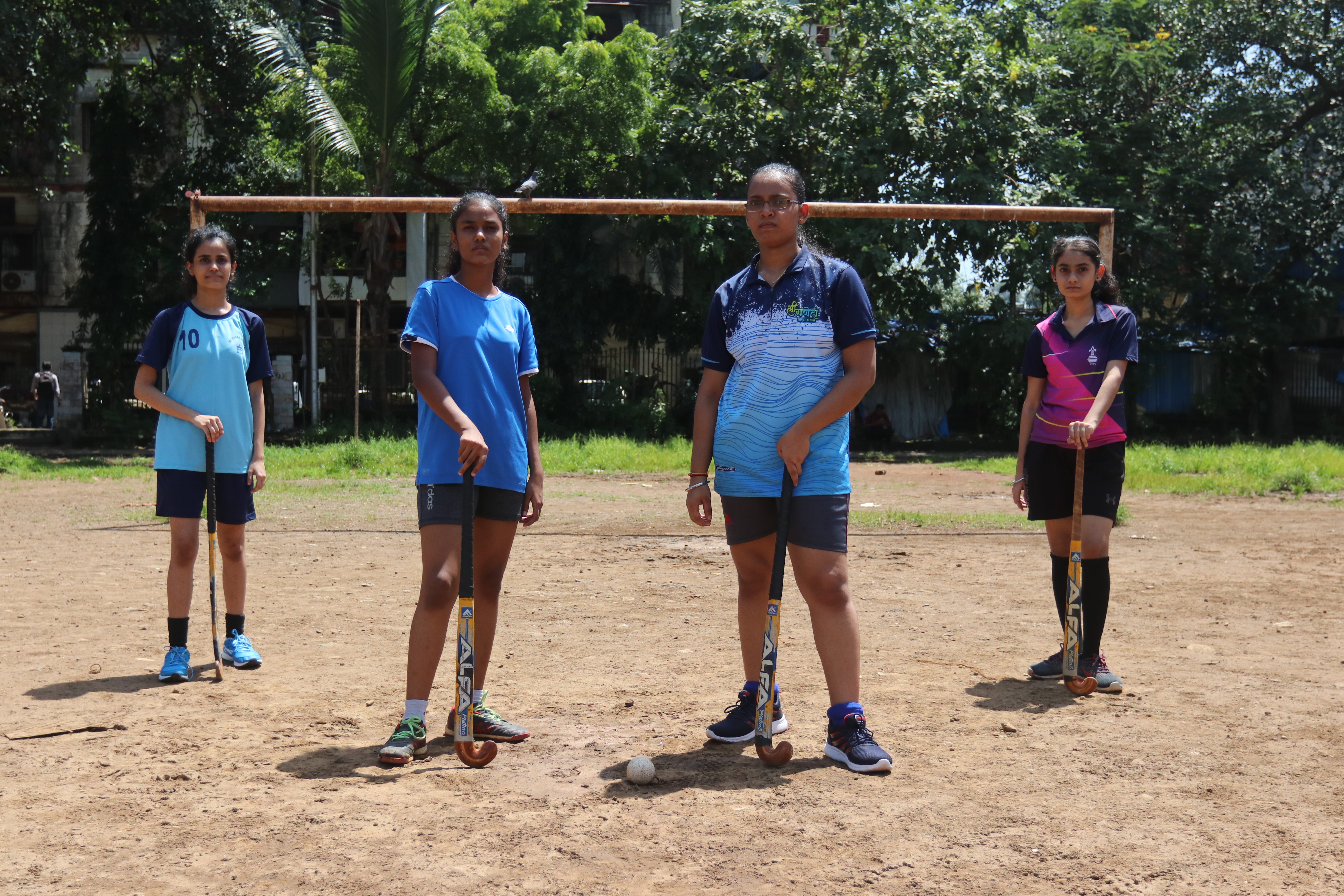 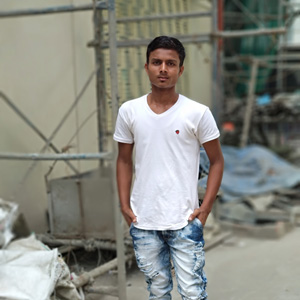 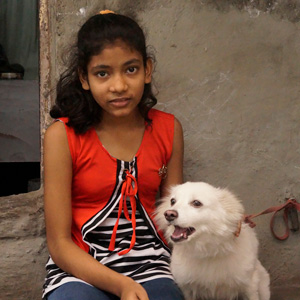 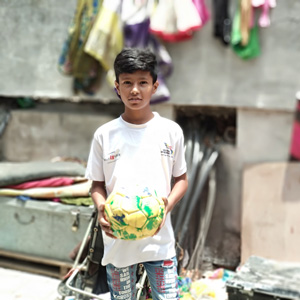 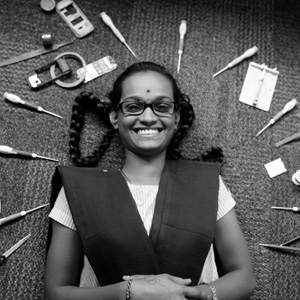 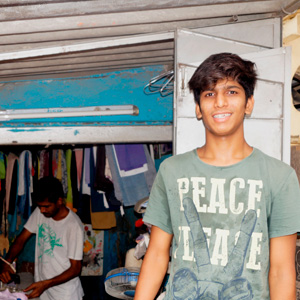 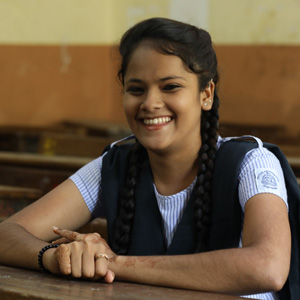 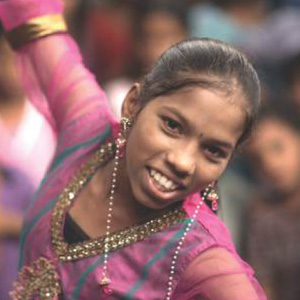 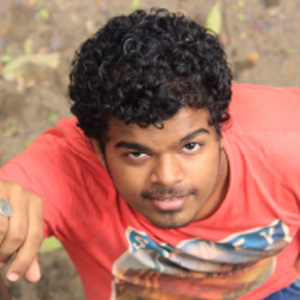 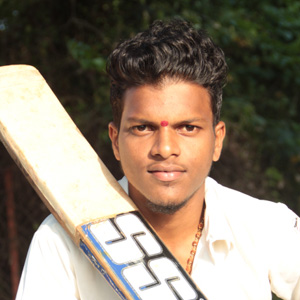 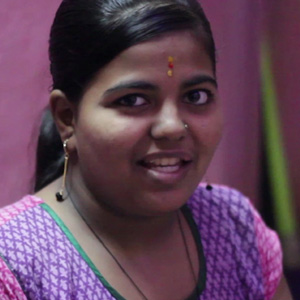 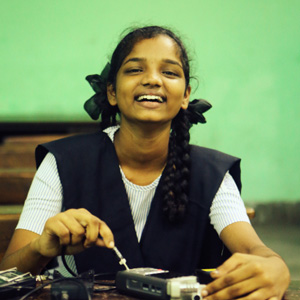 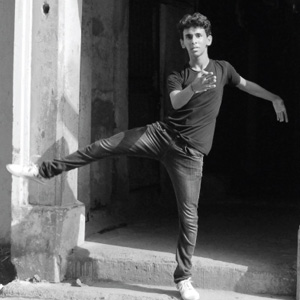 Deepali: The determination to dance to her own tune

Not encouraged to speak, dissuaded from expressing her everyday thoughts, Deepali grew up in a world of silence. A student of the Salaam Bombay Foundation Dance Academy, Deepali began to use her hands, her eyes, her feet to do the talking. Soon she found her hours of dance practice a liberation, an avenue for expression. No longer did the burden of household chores weigh her down, for she had something to look forward to, a space where she was Deepali the dancer and not Deepali the older sibling, Deepali the water bearer, Deepali the cook or Deepali the cleaner. Her journey from silence to vibrant expression did not go unnoticed. Soon Deepali was one of the chosen to undergo special training at a prestigious dance institute in Mumbai as part of her course work with the Salaam Bombay Dance Academy. Today, Deepali is a qualified peer trainer at the Shiamak Davar Institute of Dance. She goes to school, fulfills her household duties, contributes to the family income. Deepali found her voice.

Sanket has learnt to pull the right strings

It was in standard 9 that Sanket Gurav was first exposed to puppetry. But unlike other kids, the puppeteer held his attention more than the puppets or the story they told. The thought that he could control their destiny and could weave whatever magic he wanted into their lives, held immense possibilities for this 14 year old. On that day, Sanket made a discovery for himself that was to have a life long impact – he wanted to be a puppeteer, he wanted to tell stories, he wanted to be the master.

Sanket’s story is that of many adolescents in the Salaam Bombay Foundation Academies. From a resource poor background, growing up in one of Mumbai’s over-populated slums, Sanket attends the local public school. He is also part of the Salaam Bombay Foundation Academy of the Arts, specializing in Theatre. Financial constraints drove the family back to their village where Sanket had little opportunity to pursue his passion for the stage. But as fortune would have it, the family returned to Mumbai and Sanket picked up where he left off. His passion and zeal for puppetry were cultivated by the Salaam Bombay Foundation facilitators and he was encouraged to participate in as many state and national level competitions. His prize money even enabled him to fund his father’s medical treatment and today, his father is once again an earning member thanks to Sanket and his puppetry.

Sanket plans to fund his college tuition with money he earns from private performances and prize monies. A humble school boy, once denied his basic right to education, he is today a young adult filled with hope, determination and the skill to be a positive contributor to his family and society.

Sanket is an example of how adolescents can change their world if given the right tools and opportunities.

Eighteen year old Samirul Shaikh lives in a family of four, including his parents and a younger brother. His mother works as a housekeeper and his father, a daily wage labourer. Given the nature of his father’s job, Samirul spent most of his life migrating from one construction site to another.

Before Samirul started his journey with Salaam Bombay Foundation, he had not discovered his purpose in life. He was in the 9th grade at Mahim Municipal School, when his teacher first saw him playing cricket in his classroom, using a paper ball and bat. Once he was enrolled in the cricket academy and given professional training in the sport, he was never the same again. “I used to think I am a better batsman, but I realized that bowling is my forte.” Cricket has led him on a pathway to self-discovery. He recognized traits about himself that he never knew existed.

When given the task of assisting twenty-one students, from the under-14 age group, travel across the city for their matches, he fulfilled his responsibilities head on. Not only did he ensure their safety in the crowded local trains of Mumbai, but also did he keep all the parents updated about their whereabouts, every step of the way. In the process, he developed qualities of management, hard work, communication and leadership. Before joining the cricket academy, Samirul used to be meek and shy, having little or no confidence. He is now a compassionate and responsible adult who can make his own decisions. Being a sports player, he has grown to learn that his only competition should be his own self.

This is something that sets him apart from the crowd.

When Sakshi Kasare was enrolled in Salaam Bombay Foundation’s theatre academy, she was not sure whether it was meant for her. She had always been a quiet and self-contained girl, who would mostly keep to herself. With the support and encouragement of her mentor, she took the plunge. From then on, there was no looking back. She learned everything from facial expressions and body language to presence of mind and voice modulation.

Her first stage act was a mime, performed at the National Centre for the performing arts (NCPA), where she won the best actress award. When her photograph was printed in the newspaper the next day, she knew this was something she wanted to do for the rest of her life. She continued to win awards thereafter but did not let success get to her head.

Sakshi’s life, however, was not a cakewalk. She encountered multiple challenges during her journey. Her family includes eleven members: All of them live in a small, rented hut in the slums of Mumbai! Her father is a full-time driver and her mother, a home-maker.Despite everything, Sakshi had an unresolved stance. She continued to work hard and never gave up.